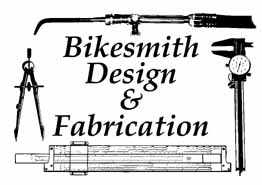 Crank Length, Leg Length and Power
The biggest misconception about short cranks is that you will lose power.
But for smaller riders, it's long cranks that slow you down.

Muscles have a sweet spot, typically at about 120% of their resting length, where they can apply maximum tension. 170-175mm cranks are the standard because they work well for average height male racers. For a smaller rider on these lengths, the hip and knee angles in the top part of the pedal circle are much more acute than for larger riders. So your glutes and quads are stretched too long, and your hip flexors & hamstrings are too short, to efficiently apply force, through much of the top half of pedal circle.
(The 5'3" rider looks larger in this photo, due to her small, 650c wheels. Her 1st event on 150s was a qualifier for the 1/2 Ironman length world championships. Her chain jammed behind the cassette, so she only won the bike split by 30 seconds. She won the event by 4 minutes. The most common comment I get from triathletes, after switching to shorties, is that they start the run with fresher legs.)

The key here is AVERAGE force.
Everyone seems hung up on leverage. But if cranks are too long, for you, they will cause you to be ineffective through much of the top part of the pedal circle. Your peak pull on the chain will be higher due to more leverage. But the average will be lower due to a longer, deader "Dead Spot".

With cranks that allow you to put power out through more or all of the circle, the increase in "F" will more than make up for a slight reduction in "L". And since cranks that are too long inhibit the rider’s ability to spin, there is usually an increase in "C", cadence, too.

As one 5'-2” (157.5cm) woman racer wrote after getting 150s "So THIS is how a correct pedal stroke is supposed to feel!" I felt like I had power for the entire stroke instead of just the bottom half. Riding the Texas hill country was interesting, too. While others were mashing, I was able to spin up with a fairly high cadence. Now on training rides I compete for hill sprints instead of struggling to hang onto the back of the pack."

She must have done well on her new cranks, because I sent a dozen set of 150s to women in or near Austin during the next 6 weeks.

Hills and Headwinds
With shorties your PEAK chain tensions are lower but the length and intensity of the "Dead Spot" is far less. Much less if your old cranks were too long.

This has special implications for high resistance situations such as climbing, headwinds, sand or snow. At each dead spot you slow down a little (or a lot if your cranks are too long) and at each peak you speed up a little. These accelerations use up energy that is wasted because it contributes nothing to your average speed. This is masked by inertia on the level but very noticeable climbing. I've had several triathletes report setting personal bests, getting their first podium finish and even winning a world championship qualifier in their first event with shorties. And nearly every time they say "There were headwinds and/or the course was hillier than usual".


The most common comment I get, from geriatrics on adult trikes to triathletes and MTB'ers is improved climbing.